Sounds in Sci-Fi cinema and television do matter. Now, why would I say that?

Well, let’s see. Ever wonder if the “Guardians of the Galaxy” would have been just as popular without the music?

What about the Star Wars trilogy symphony or the Star Trek symphony? (yes I’m calling them a symphony). Sounds are an important element in a film or a television show because:

A look at the past

For the last few years, there have been many great soundtracks but I can’t but wonder if tunes and melodies really have developed within the last 17 years. Many songs in the 60s, 70s, 80s, and 90s are very memorable.

The soundtracks of “Back to the Future”, “Ghostbusters”, “Star Wars” and “Star Trek” were so great; they are still played to this day. Not only movie songs but the intro themes songs of TV shows, especially cartoons, were amazing back in the day.

You could see that they invested in creating a great melody and didn’t just pick a few existing songs and throw them in the picture.

Now there is nothing wrong with using existing songs if they really fit in the movie or the show but I feel that this is becoming “the trend” and creating original songs has lost popularity in sci-fi. And it’s strange because this is “the genre” where it has many opportunities because of all the different sub-genres to grow more.

Nonetheless, it has remained popular in the fantasy genre from Disney classics to the most recent “Moana”, “Despicable Me”, and “Trolls” movies. These soundtracks have great songs. And has both a combination of movie-specific songs or songs from an existing artist’s music album.

Using existing songs in sci-fi could work as they did in “Star Trek Beyond”, “Guardians of the Galaxy” and “Thor Ragnarok” (Teaser Trailer).

“Star Trek Beyond” used existing songs in specific scenes. To me, the song Sabotage from the Beastie Boys for the battle scene near the end was perfect and created the perfect atmosphere for the scene.

For “Guardian of the Galaxy” they brilliantly included the use of old songs in the movie narrative which worked nicely. Whenever I hear Blue Swede’s “Hooked on a Feeling” song I think of the Guardians.

About the “Thor Ragnarok” teaser trailer: I didn’t know the song (Immigrant Song by Led Zeppelin ) used in the trailer from before. I would have probably disliked it to be honest If I just randomly found it on the radio but the combination of the song and the visuals created something else. Now I relate those images to the song whenever I hear it.

These are only a few instances where existing songs were used appropriately. In other cases it lets me wonder if creating an original song for the movie or TV show would have been a better choice.

Now, I’m not saying that there are absolutely no original songs and tunes created in the last 17 years. Of course, there are but they were not as successful as the 80s and 90s  in my view.

When is a soundtrack considered successful? 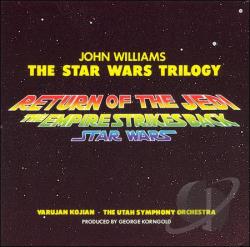 When you hear the song or the tune you immediately know what’s coming.

I mentioned Star Wars already but do you remember the intro of “The Pink Panther”, “Spiderman”, “The Jetsons”, “Mighty Morphin Power Rangers”, “Lois & Clark: the new adventures of Superman”,  and “Mission Impossible”?

Yes, I know I went beyond the genre but I think it helps to prove my point. These movies and shows are remembered because of their unique melodies and tunes. Whenever one of these is playing, they are immediately recognized and will always be remembered.

Today it’s like the big studios and creators are not on the same page. Like throwing whatever in a pot and expect something hopefully good to come out of it. Since the studios have the money pot, if they say jump, creators jump (most of the time).

Most of it has to do with the growing social media platforms and how studios are perceived in the media. Today there is too much focus on the headlines than the final product (the movie or TV show).

So instead of investing in the sound department (artists and orchestras) to create original tunes, they just pick an existing song pay the rights and the soundtrack is done. So convenient right!

I rather see a truthful movie. Filmmakers: make it the way you can.

What I currently see is that people set unrealistic high expectations.  Remember your first year at your first job? Where did you expect to do everything perfectly? No. Have you evaluated the same way as your experienced colleagues? No right? Then why do movie critics expect so much from new or inexperienced filmmakers? More than often newcomers are rated against more experienced filmmakers. Why? 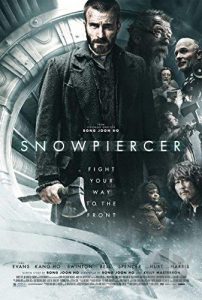 I have learned that critics and initial box office results are not always right. Some examples I can mention out of my head: “Children of Men” and “Snowpiercer”. Both movies didn’t do well in their initial reviews and box office results. Today these 2 are in the category of best sci-fi movies of all time alongside many others.

The funny thing is that today you can go back to all those reviews and see how wrong they were. Obviously, there are a few critics with favoritism for some studios and help carry out their agendas.

Don’t know what I mean: Imagine reading bad reviews and all have the same points. How is that possible? Coincidence? I don’t think so.

Experience it for your own and evaluate the movie or show for yourself, don’t rely so much on what critics say. This is the reason for the emerging non-critics, movie watchers, or unofficial critics’ movie reviews online. You can find different perspectives from the same movie and make your own decision which is great: never focus on only one side of the spectrum.

Coming back to the sounds and tunes, I don’t mind the remake of original tunes and sounds as long as they’re good and I associate it with their new version of the characters. Otherwise, it’s just annoying.

For example, I liked the remake of the songs in “Beauty and the Beast” and I associated them with these new characters. I will always remember and occasionally revisit the cartoon version. Or the way the original TV Show song was used in the 2017 Power Rangers Movie? The reaction of the people in the theater was very enthusiastic. It was nice of the creators to include the original theme song from the TV show instead of recycling it.

Sounds in Sci-Fi movies and shows are important to set up the “mood” so to speak.  Using a combination of original and existing songs to create a great soundtrack: Why not? But what can we do? Support good movies with good tunes.

If a movie is truthfully made and enjoyable ( it doesn’t have to be perfect) I’m sure I will give it a chance, be it a big budget or a low-budget film. There are many low-budget films that don’t have a long screen time in the theater or great TV shows with good stories that don’t see a completed first season or don’t get renewed (FlashForward and Alcatraz).

That is why word of mouth is so important. It has an immediate financial impact if the movie is still in theaters. For TV shows it could result in what is called a cult following with fans re-watching the show and buying the merchandise (soundtracks) making studios rethink their decision like what happened with Star Trek: The original series.

I do appreciate the effort made to create original tunes and sounds and wish that the truthful sounds in sci-fi movies and TV shows never die.

What about you? Which song in a sci-fi movie do you recognize as soon as you hear the first note? Do you have a favorite? Do you care if movies or TV shows have original songs? Feel free to leave your comments.