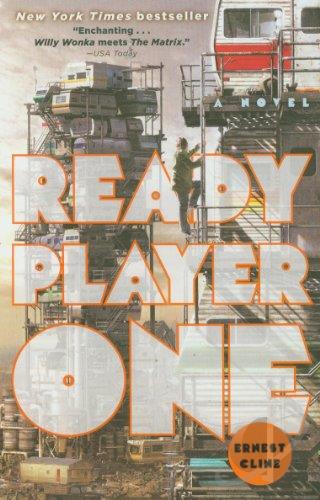 Ready Player One “the movie” is great but have you read the book yet?

I did! I purchased the book “Ready Player One” before the release of the movie and had all the intentions to read it before watching the movie. I truly did but I kept postponing it until I thought “You know what? Let’s see the movie first.” And in this case, I am glad I did.

The movie was amazing and visually there were references to pop culture that was not given in the book. I read the book afterward and I was able to appreciate both the movie and the book. I still wonder how this book didn’t show on my radar before.

What’s the book about?

In the year 2044, the reality is an ugly place to live in. The only time teenage Wade Watts really feels alive is when he’s jacked into the virtual utopia known as the OASIS Wade’s devoted his life to studying the puzzles hidden within this digital world, puzzles that are based on their creator’s obsession with the pop culture of decades past and that promise massive power and fortune to whoever is able to unlock them. But when Wade finds the first clue, he also is confronted with players, known as “the Sixers”, willing to kill to take the ultimate prize. The race is on, and if Wade’s going to survive, he’ll have to win and confront the real world he’s always been so desperate to escape.

“Ready Player One” written by Ernest Cline is a treasure for Sci-Fi fans because it contains references to popular Sci-Fi properties and the story is so relatable today. The addiction to the game can be translated to the addiction many people have today with social media and the disconnect from human interaction.

I’m still amazed by the movie. I just wished they’d market it better. I asked around why people didn’t go see the movie and many thought it was another “typical” video game movie. Why would they think like that?

For you to understand this thought and if you didn’t know already most video games don’t have a good track record with critics and fans, take Assassin’s Creed for example. It’s true the movie is about a video game but it also makes fun of video games much like Jumanji (2017) did.

One of the concepts that I loved in the story is that every pop culture reference including Movies, TV shows, songs, books, etc that the players needed as source material was available for everyone for free. Wouldn’t it be great to be old to enjoy your favorite movie, TV show, song, or book wherever you are, whenever you want for free?

The story is very interesting, you get invested in the main protagonist’s story but you also care for his online “comrades.” The story is entertaining, engaging, fun, yet grounded with a straightforward message at the end. No wonder it was named one of the best books of the year when it was released in 2011 by entertainment weekly, San Francisco Chronicle, Village Voice, Chicago Suntimes, 109.com, and The Onion’s AV Club, and many more.

Hooked yet? You probably used to hear that the book is better than the movie version but for “Ready Player One”, it is different. Both crafts are good in their creative space. I was able to appreciate and accept both versions as they are and yes I’m a fan of both. Are you?

Have you read the book yet?

Sources: Book Ready Player One by Ernest Cline and Movie with the same title produced and directed by Steven Spielberg

6 thoughts on “Looking into Ready Player One [The Book]”