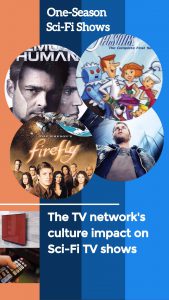 How many of you were just getting into a new sci-fi show, only to have it canceled midway or at the end of the first season?

We’ve all been there at one point, and it’s rather frustrating to see that no matter how good a show is or how great the source material is if ratings aren’t good enough, the running time will end.

The TV rating system has always been used by networks as the main measure of success and the main reason that One-Season TV shows exist. Really? Let’s take a look.

After seeing that the show is not going well based on “the ratings” the television networks may make an attempt to sell/transfer the show to another network.

When networks are not really interested in the projects,  you can see it either in the way they promote the show or the time-slot the show gets. It easily causes the show’s demise.

For example, Supergirl had the good luck to move from ABC to the CW entering the Arrowverse which is a better place for the continuity of the show. Had it stayed on ABC it would have been canceled.

If the shows seem interesting the network will approve shows based on new concepts and new ideas. But when the show is running and it appears that it’s not fitting with the television network (based on the “ratings”). The show will be canceled or the network will try to sell the project to other television network but this selling process does is not always successful.

In general, it’s not easy to write sci-fi and the first season is the buildup of the show meaning that a lot should be explained before getting into the main plot or serialized story (whatever you want to call it).

Fringe (2008) is a good example of this process: season one was the build-up to the following seasons which resulted in a good show.

So, as its complicated to write about sci-fi many shows (with good/solid source material) need the continuity to evolve the plot. In most cases axing the first season is not a smart move.

To be fair in some cases they at least try to give the story a proper ending but there are many cases where shows have been cancelled abruptly leaving us in the middle of the road with no sense of direction.

While there are many great shows that remained at season one to mention, here are the 5 shows that got my attention: 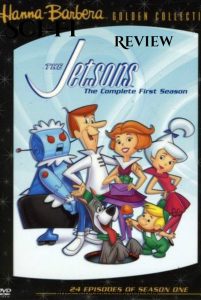 When “the Jetson” TV show aired in the sixties, it was not as popular and lasted only one season with 24 episodes.

The show became successful in syndication leading to a new version (“season 2” and “season 3”) in the eighties (which was not as good as season one).

It was a show that was way ahead of its time but it also shows the imagination and creativity of writers from the sixties. If the same team continued creating new episodes, who knows how many stories we would have been able to see.

After its cancellation the show remained relevant: additional episodes were made (the previously mentioned Season 2 and Season 3), films based on the show were created, television specials, appearances in other shows, comic books and games were made based on the show. Also on many occasions, the Jetsons were and are used as a point of reference when talking about the projected future. 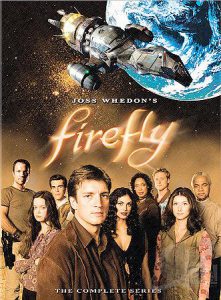 Firefly: If you have not heard of this show yet, you should check it out. It’s about a spaceship that travels through the unknown parts of the galaxy.

The show has a combination of space opera and western created by Joss Whedon. Yes, this is the same guy who created “Buffy the Vampire Slayer.”

That combination of such different genres did not sit well with some critics of the time. Many critics compared it in a negatively way to Buffy while there were others who recognized the style of Whedon that we see in Buffy: the witty dialogue, the stories, and human complexities. 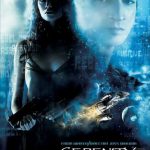 The show aired only 14 episodes but thanks to the fans of the show a sequel film “Serenity” was created to give a proper goodbye to the show. However, the story of Firefly like the story of Buffy continued in comic book form.

The show was aired on the Science Channel in 2011 gaining new set of fans. The loyal fan base of the show (old and new) has given it a post-cancellation life. Still not believing it’s relevant? If you have seen the “Deadpool 2” trailer you would have probably noticed a “Firefly” poster in the background, hanging in a store window. 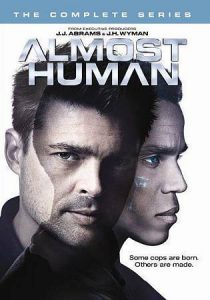 was a show about a human cop and his android partner solving crimes in a futuristic world. J.J. Abrams (Star Trek, Fringe, Lost, Alias, etc) was one of the producers and J.H. Whyman (Fringe) also worked on this show.

It started with solving a new case each week but it could have possibly been a serialized sci-fi story. It clearly needed some time to develop.

The show aired on Monday nights on Fox which didn’t result in great ratings but they weren’t as bad as the other shows on the network. Still, Fox canceled the show resulting in a One-Season show with 13 episodes. 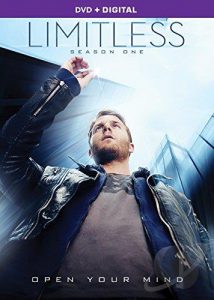 The show is about Brian who discovers a drug NZT-48 that can boost his brain functions. When he uses the drug he becomes brilliant.

The drug unlocks the full potential of the human brain and gives him enhanced mental faculties. For twelve hours after taking the drug, he becomes the smartest person in the world, able to perfectly recall every detail of his life and capable of prodigious leaps of intuition and reasoning. The FBI uses his abilities to solve complex cases. 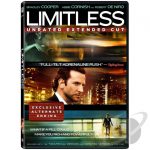 is a spinoff to the film of the same name and takes place four years after the events of the movie. The plot was just brilliant. The 22 episodes aired on CBS which is not exactly a pro sci-fi television network. The show had the potential of becoming a great show but unfortunately, we will never know.

The story starts with a young H.G. Wells, the creator of the Time Machine. He had a dinner party at his home in 1893 to show his time machine to his guests. Wells soon learns that his acquaintance John is the serial killer “Jack the Ripper.” When the police came to the party to look for John he escapes in Well’s Time machine but the machine returns back to 1893 because John didn’t have the keys. Wells follows him to 2017. And from the on a lot happens.

This show aired on ABC and has only 6 episodes. The show debuted with low ratings and afterward had even lower ratings. Does this mean that this show is unwatchable? No, there is a solid reason for the low ratings on this debut and that is a failed marketing campaign and a few people argue that the time slot also had an influence on the ratings.

The story seems interesting enough with just 6 episodes but ratings do not determine whether a show is good or not. It just gives an indication how many people are watching and that decision is mostly based on a good marketing campaign to get people interested in the show. But the reality is that is the only measure used to determine the continuity of TV shows.

We’ve already established that unfortunately, rating is King. Now let’s summarize the other reasons for having a One-Season Sci-Fi TV show:

But there is a reason to stay positive and hopeful:  the rising of streaming services. Streaming services are already changing the movie industry by streaming brand new movies directly to TV instead of presenting it in a movie theater giving competition to the theaters which I hope will result in cheaper movie tickets.

Regarding the television industry, I  hope that these streaming services will bring some change in the evaluation process of new TV shows. After all, a good story should be told in its entirety, not just the first chapter.

Which One-Season Sci-Fi TV show do you wish it got a second chance with the same creative team of the first season to at least finalize the story?

Did they give a proper ending to your One-Season Sci-Fi TV show?

Do you think that the TV show rating process used by television networks will ever change?