Entertaining Sci-Fi & Fantasy Movies to watch during the Holidays Vol.1 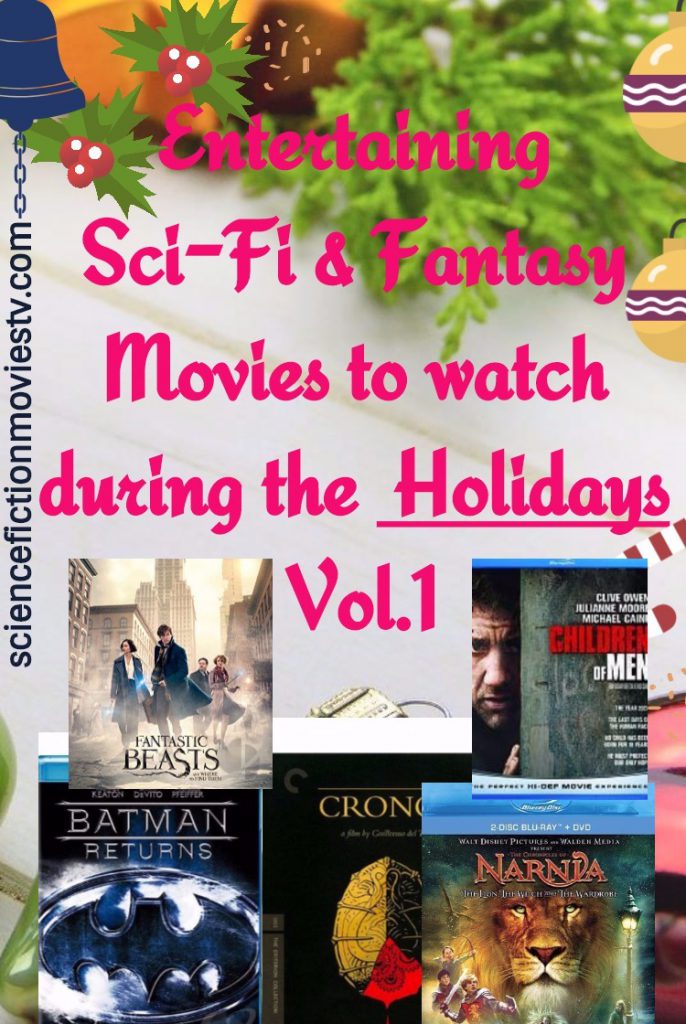 Miracle on 34th street and Scrooged are probably two of the most iconic traditional Christmas Movies. Watching classic Christmas Movies is like a tradition for some families during the holidays but there are also other movies that are interesting to watch.

In the previous post we talked about some unconventional movies that are perfect for the Christmas season because of their themes and messages. Now let us see a few Sci-Fi & Fantasy movies that are entertaining to watch during the holidays:

Probably one of the most iconic Batman movies from the nineties Batman Returns continues the story of Batman (Micheal Keaton) fighting new criminals in Gotham City: the seductive Catwoman (Michelle Pfeiffer) and the extravagant Penguin (Danny Devito). The film was well-received by the critics that praised the acting, the score, the special effects, and the action sequences.

The introduction of new villains made the story more entertaining. The film was nominated for the Academy Awards for Best Visual Effects and Best Makeup. Overall the film is an entertaining superhero film. Even though it is a sequel to Batman (1989) it is not required to see the first installment if you know a little bit about the story of Batman.

You may recognize this fantasy horror drama from an older post on this site “Interesting Foreign Sci-Fi & Fantasy Films Vol.1.” The main concepts of the film are alchemy and eternal life. The story is centered on a mechanical artifact that could give eternal life. The film has strong mythology and religious references which can bring some interesting topics to the table to discuss with the family. The story is interesting enough to entertain the intellectuals in the family.

The fantasy film series of the Chronicles of Narnia are based on a series of novels by C.S. Lewis. From the seven novels, three film adaptations were created so far:

The stories are based on the adventures of Children in the world of Narnia. Narnia is a fantasy world were some animals can talk, mythical beats exist and magic is common. The children enter the Narnian World from a portal on Earth. All three adaptations were successful worldwide earning 1.5 billion at the box office. The fourth film adaptation: The Silver Chair” is expected in the coming years. Filming is expected to begin in late 2018.

This Sci-Fi Bio-punk is based on the novel of P.D. James. The story is centered on a world where no children have been born in 20 years and the society has collapsed as humanity waits to die out. I know that the plot may seem depressing but between all tragedies, there is a ray of hope that is pursuit. For some, it may seem familiar as this movie was also mentioned in previous posts. Many critics dismissed it on its release but as the years go by the audience became more interested in the film and they shared their views online. Based on this many critics revisited the film and adapted their verdict.

Inspired by the Harry Potter film series, this film series could be considered the prequel to the Harry Potter stories. The story follows the adventures of Newt Scamander when he goes to New York with his magically expanded suitcase that works as a temporary home for  Fantastic Beasts. The story became more entertaining when a “Niffler” escapes from the suitcase. The film received positive reviews and was a worldwide box office success. The sequel “Fantastic Beasts: The Crimes of Grindelwald” is scheduled for release in 2018.

2 thoughts on “Entertaining Sci-Fi & Fantasy Movies to watch during the Holidays Vol.1”