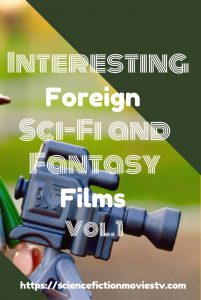 In my previous post “Changing the landscape for Foreign Films” we discussed how we now have more access to foreign films because of all the available streaming services. We are able to look for old classic films as well as the most recently released films. Now, what should we see then?

Well, there are a lot of good movies out there to see. For that reason, we will start a series of Interesting Foreign Sci-Fi and Fantasy Films to look out for. 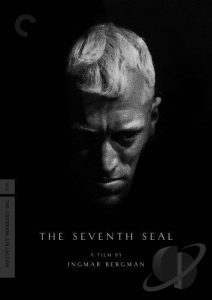 The Seventh Seal tells the story of a medieval knight Antonius Block, played by Max von Sydow, as he plays a game of chess with the personification of Death, played by Bengt Ekerot.

This personification of Death is a pale white-faced man who wears a dark black cape, resembling a monk, who has come to take Antonius’s life.

The Seventh Seal refers to the book of Revelation, used at the beginning and at the end of the film, beginning with the words “And when the lamb had opened the seventh seal there was silence (silence of God in the face of evil) in heaven about the space of half an hour.”

The film received both positive and negative reviews from Swedish critics but internationally the film received critical acclaim especially for its cinematography and acting. The film is now regarded as a classic masterpiece of cinema and for one of the greatest movies of all time. Moreover, the Vatican included the film into its list of 45 greatest films for its thematic values.

The Seventh Seal had a symbolism with its reflections on the meaning of life and death that were immediately interesting concepts to study as literature by the intellectual audience. The film influenced the interpretation of Death in many movie genres. The most popular is the representation of Death as a skeleton or a pale-faced man who wears a black cape and plays chess with mortals in comedy films and television. 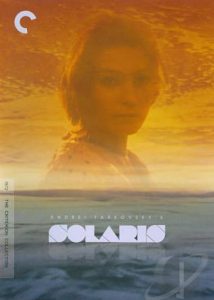 is an adaptation of the novel of Stanislaw Lem of the same name published in 1961. Co-written and directed by Andrei Tarkovsky this adaptation is more about the inner lives as human beings of the scientist studying Solaris’ mysterious ocean.

The director wanted the story to be emotional and intellectual and therefore it’s centered around Kelvin’s feelings and the impact of outer space exploration on the human body and mind.

The film tells the story of a scientific mission at the space station orbiting the remote oceanic fictional planet Solaris. After many decades the mission has not progressed because of what seems to be a communication problem. The crew is sending incomprehensive messages. Psychologist Kris Kelvin is sent to the space station to evaluate the situation and determine whether the mission should continue.

This film is often referred to as one of the greatest Sci-Fi films in the history of cinema. Moreover, the film was selected for screening at the 2016 Cannes Film Festival as part of the Cannes Classics Collection. In 2002 Hollywood created his own adaptation of Solaris (1961). 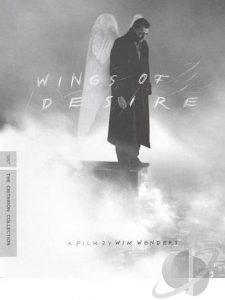 is centered on the angels that watch over Berlin. These angels are immortal and invisible to humans. They listen to the thoughts of human and comfort those who are grieving or in distress.

The story was inspired by Rianer Maria Rilke’s poetry, the angel-themed artwork in cemeteries and around the city of Berlin, and a back-story in which God exiled his angels to Berlin as punishment for defending humans in 1945. The story has some similarities to the fallen angel story but it’s not related to evil.

The story also presents libraries as important places that conserve memories and literacy. The story in the film is also a representation for German unification of the East and the West, presented as the unity of angel and human or the unity of man and female. The angels watched over the East and the West equally and where not influenced by the symbolism of the wall.

In the film there are actual locations of West Berlin, some of which may have been destroyed or changed. The wall was recreated because filming the true wall was against the law at that time.

The film was shot in black & white (monochrome) and in color. The black & white represented the angles’ point of view as they can’t see colors. And colors represent the human point of view. Another interesting fact is that female lead learned trapeze and ropes moves and did all the work herself, without a stunt double.

With so many award nominations and wins, you would imagine it would have been nominated for the Academy Awards right? Well, unfortunately, that didn’t happen. It was submitted by West Germany for consideration for Best Foreign Language Film but it was not considered because at that time the Academy did not recognize West German Cinema.  The sequel “Faraway, So Close!” was released in 1993 which explored Berlin post-reunification.

As years go by the story still alive through theater plays and stage adaptations. In Prague, Czech Republic, there is an office complex called “Zlatý Anděl or the Golden Angel”, designed by Jean Nouvel and completed in 2000, with an image of an angel from the film-watching over the Angel crossroads (Anděl crossroad).  A U.S. remake was released in 1998 titled “City of Angels” where the story is taken place in Los Angeles instead of Berlin and the female lead is a doctor instead of a trapeze artist. 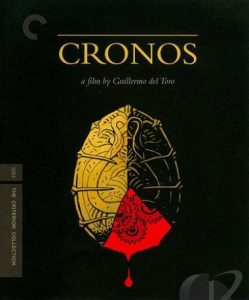 was the first feature film of Guillermo del Toro was a writer and director.  The story is centered on a mechanical artifact developed by an alchemist in Veracruz in 1536 that could give eternal life. The alchemist who had marble white skin was killed in 1937 when an old building collapsed and scattered pieces pierced through his heart.

At the scene, investigators found basins filled with blood from a corpse. Centuries later an old antique dealer finds the mechanical object at the base of an archangel statue. After touching the object a golden scarab-sharp device, it suddenly gets spider-like legs that grabs him and injects him with something. That something will change or better said improve/prolong his life and his eating habits.

The film received many positive reviews. Many liked the balance they achieved between horror and drama. Others praised the originality of the story and the acting. The film also has strong mythology and religious references. The film is visually stylish, charming, emotionally engaging, and appeals to the intellectual audience. 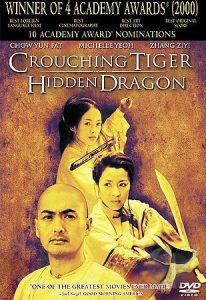 is based on the fourth novel of the same name, in the Wuxia book series “Crane Iron Pentalogy”, by Wang Dulu.

The story follows the relationship between Li Mu Bai, played by Chow Yun-fat, an accomplished Wudang swordsman, and Yu Shu Lien, played by Michelle Yeoh, a female warrior, and professional bodyguard, and all the drama around it. Don’t worry it may seem like a telenovela but there are amazing martial arts and fight sequences in the film.

The film is considered as one of the most influential foreign films in the U.S. based on its unexpected success a sequel was released in 2016 in English titled “ Crouching Tiger, Hidden Dragon: Sword of Destiny.”

There you have them! The first 5 interesting Foreign Sci-Fi & Fantasy films to see. Have you ever watched any of these foreign films already? If you have not seen any of the above-mentioned films, will you consider watching (one) them? If yes, which one would you watch? Click here for the next post with the second batch of interesting Foreign Sci-Fi and Fantasy films.