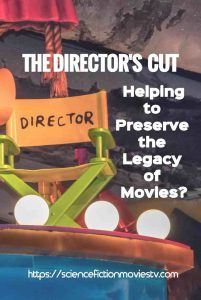 Lots of people spend their free time watching films either at home or at the cinema but not all film-watching experiences are always good. However, one can look forward to a better version of the film known as the Director’s Cut. But what is a Director’s Cut?

To put it simply, it is a modified variant or version of a movie, a soap opera edition, musical video, commercial advert, or video game that is meant to stand as the endorsed edit of the director.

Since we’re talking movies in this case, the Director’s Cut is the edition or version of the film prior to the editing done in the studio. On many occasions, the studio’s alterations or cuts have been found to have an effect on the movie’s storyline.

What usually follows is a storyline that doesn’t make sense and considered ‘meaningless’ by movie watchers in the theatrical edition.

But then is it possible to save a movie’s legacy by having a director’s cut? 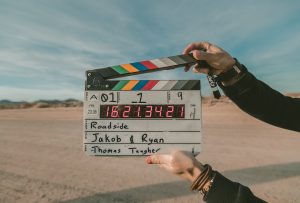 Studio intervention after production may have the same negative consequences but there are occasions where filmmakers release the director’s cut.  In those instances, the audience will be able to see and understand the director’s vision before the studio’s intervention. This offers a chance for the film to be redeemed.

In a lot of cases, it is unfortunate to discover how the storyline and themes can be altered in a bid to boost the commercial appeal of the movie. Alterations were done to appearances, themes, dialogues, and scenes that were seen as unpopular but were an important part of the big picture.

There are instances where critics publicly post their assessment/reviews of the director’s version or cut. As the driving force behind the life of the story, the support of fans is very important in this situation. Fans can continue to ask the filmmakers to show the final cut via streams. Alternatively, fans can opt to purchase the digital copy as Blu-ray or DVD.

Generally, it is rare to see the director’s cut being released to the market because the majority of movie directors do not have the right to make a final cut.  The final cut right is commonly used in the movie sector to represent the privilege or right of the director to make a decision on the ‘modus operandi’ of the movie release. Why is this needed, you may ask?

Anyone of those involved in the production of the film can make changes that they feel will bring more profit to the box office revenue of the film. At times, this may result in more clarity and pleasant ending or reduced ambiguity, or remove scenes which can lead to more restriction of the audience; however, in most cases, the intervention has negative effects on the final product.

The most popular type of director’s cut is one that involves the inclusion of more scenes and characters which mostly leads to the director’s cut being significantly longer in time than the final cut. The moment the film marketing teams realized that customers are likely to purchase different variants of movies, they began making sure that movies have more than one release. As standards are not set for labeling, lots of acclaimed ‘director’s cuts’ were released even when the director chose the theatrical version or when he/she had a right to the final cut. Normally, the assembling is done by carefully re-instating deleted scenes which at times involves extending the film by 30 mins without the need for storytelling or pace.

Looking at the Director’s Cut 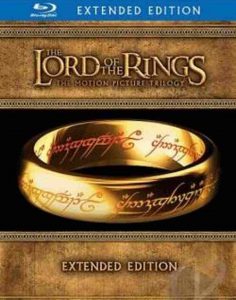 There are directors who clearly frown at the term ‘director’s cut’ as it gives the impression that they (directors) do not approve of the theatrical cut. Peter Jackson and James Cameron are known as directors who openly frowned at the usage of the term. These men chose to use the phrase ‘special edition’ or ‘extended edition’.

Although the theatrical versions of the Lord of Rings and the Hobbit trilogies were seen by Jackson as the complete ‘director’s cut’, the special or extended versions were produced to share with the fans, scenes that were shot according to the script but were removed from the original cut. In addition to these bonus scenes, special effects and fresh music were included in the editions. Cameron said that what he releases into theaters is the director’s cut and that the special edition usually just includes a few extra scenes as a bonus to the fans. 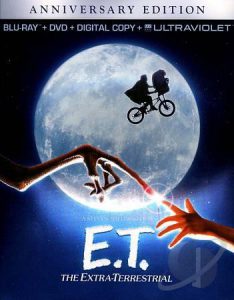 Special cuts like Star Wars films by George Lucas and The Extra-Terrestrial by Steven Spielberg which involves the addition of a new edit and special effects have stirred controversies because they look better than the theatrical edition.

Movies that have been made longer in a bid by television to fill time slots despite strong protest from the director like the television edition of Dune in 1984, Harry Potter movies, and The Warriors in 1979 are also considered as special editions.

Amongst the main studio films, the film Blade Runner holds the record of having the most versions of the film on the market. A 1993 issue had seven different editions before the Final version was released later by Ridley Scott. 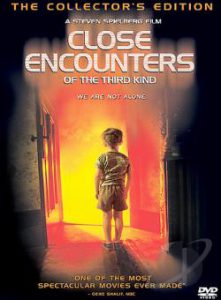 You should watch the director’s cut because it will add a lot especially if the final cut is more impressive than the theatrical edition.

With the support from the masses, there will probably be opportunities for interested investors, supporters, and sponsors to finish the story or add more exciting stories.

Some examples of movies where the director’s cut was better than the theatrical cut, are Batman vs. Superman, Blade Runner, and Close encounters of the Third Kind. In most cases, the director’s cut is able to improve the movie-watching experience and help restore or preserve the legacy of the film.

Have you ever seen any director’s cut? If yes, why did you decide to give the director’s cut a chance?  From which of the films you have watched, would you like to see a director’s cut version of? Feel free to leave your comments. I would love to hear from you.

10 thoughts on “The Director’s Cut: Helping to Preserve the Legacy of Movies?”