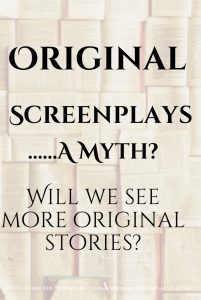 Will we see more original stories?

Mostly everything is already discovered and is general knowledge. This is the case for the Sci-Fi & Fantasy genre because everything already exists in books, screenplays, short stories and movies.

The point is coming up with ideas using imagination to create new or different characters based on existing stories. Many will not agree but the point is to explore and discover new stories from existing stories which could be based on your experiences and influences in your life.

The idea is not to look for the most popular story but finding your own using your creativity. Successful stories have every detail in place. This is because of the author’s dedication to the story. It may seem a lot of work, going from a book to the big screen, but it will pay off.

Take the Hunger Games and Divergent for example. Both stories have basically the same plot and looked literary like a copy from the other.

Another great example is the similarity between the stories of Harry Potter & the Sorcerer’s Stone and Star Wars.  Have you thought about it?  You are probably thinking that these 2 stories are completely different right?

The story in the first Harry Potter book follows pretty much the same course as Star Wars. All of the elements of legend and myth are in the story. You have an ordinary boy/man in an ordinary world thrown into extraordinary circumstances in which he must fulfill his destiny.

Let’s take a look at a few more similarities:

Voldemort  vs The Emperor

Magic vs The Force

Hogwarts vs The Jedi Temple

I could continue with the list but I believe you are getting the idea. Using imagination to create new or different characters based on existing stories can result in great stories. The main focus here is to create something new (a new world, timeline, universe).

Original screenplays do exist. Its originality depends on the creativity of the author. Creativity is about finding new paths and views in the storytelling.

For example whole new characters were created for the story of Fantastic Beasts and where to find them. What I imagine that happened is that the author got inspired by the mention of the book of Newt Scamander in the Harry Potter story.

The author could have used the “what if” question: What if  we tell a story behind the creation of the book. Just from an element in a story and using imagination characters were created and  a new original story was born:  Fantastic Beasts and Where to Find them Screenplay 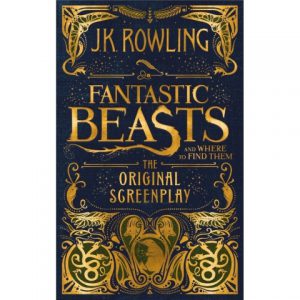 In addition here are a few titles of original screenplays that in my opinion were very creative and where the movie turned out well: