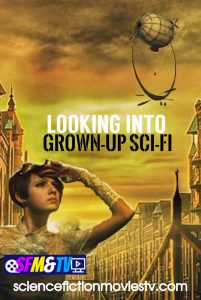 What is considered grown-up science fiction?

The hero doesn’t arrive timely to save the day and is in a grey area between the good and the bad side. The characters are complex human beings and the ending of the story is usually about the aftermath of what happened in the story and how the characters are dealing with it. Some stories have an intellectual or cerebral nature like “Arrival (2016).”

Darker themes in Sci-Fi Movies don’t have the same buzz as the traditional Sci-Fi model they usually go for. They are a few filmmakers who dare to work around darker themes like “War for the Planet of the Apes”, “Get out” and “Logan.”

The Sci-Fi subgenres action-adventure, military, space opera, and superheroes are dominating the cinema. Even though these subgenres are currently the most popular there is still a fan base for the adult science fiction stories like Frankenstein and The Invisible Man. Both stories came to life on film many years ago and became Sci-Fi horror classics.

The current fan base of grown-up science fiction consists of readers of adult science fiction books that chose to support (or not) the movie version of the stories. Titles like “The Martian”, “The Time Traveler’s Wife”, “Ender’s Game”, “The Road”, “Dune”, “The War of Worlds”, and “World War Z” were adopted for the big screen some more successful than the others. Why? It could be that the narrative of the story as in the book did not look right in a live-action sequence; the transition from a book to the screen is not an easy process.

Adult science fiction has dark themes and is not everybody enjoys it. But if you are someone who liked Sci-Fi you will see that many elements from adult Sci-Fi are being used for lighter friendlier stories like the story of how Captain America came back to life which is similar to the Roger Dodsworth “The Reanimated Englishman” story based on the science fiction theme of cryonics.

If you want to see some adult Sci-Fi & Fantasy films let’s first check these 4 great Sci-Fi movies mentioned in the previous post  4 easy ways to introduce sci-fi to your friends, Part 3: “Children of Men”, “Her”, “Snowpiercer” and “Time Crimes”.  Did you see any of them already?