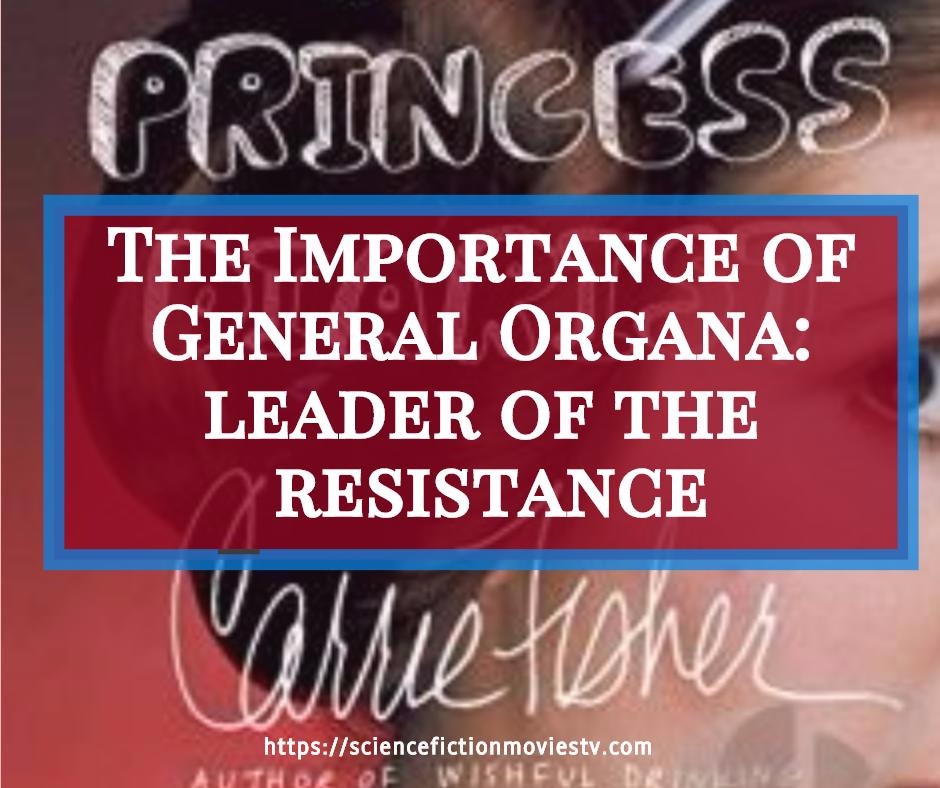 Princess Leia Organa of Alderaan is a character in the Star Wars movies played by Carrie Fisher who passed away on December 27, 2016.

Introduced in the original Star Wars film in 1977, Leia is the princess of the planet Alderaan, a member of the Imperial Senate and an agent of the Rebel Alliance (1).  Later she became General Leia Organa “leader of the resistance”.

Leia is such an important female role model to so many of us because unlike a lot of female protagonists of that time, she wasn’t a liability or a damsel in distress.

The role of Princess Leia in Star Wars

Princess Leia was just as vital of a player as the likes of Han Solo and Luke Skywalker.  If it weren’t for her quick thinking on the Death Star, Luke, Han, and Chewie’s rescue attempt would have been unsuccessful. She wasn’t someone who had to be convinced to join the Rebellion.

Leia was royalty and a politician. She was a rebel and a fighter long before we met her in A New Hope, and she never stopped.  In The Force Awakens, she was continuing the fight against evil and the Dark Side as  General Organa, never once choosing to back down, never allowing heartbreak to overcome her, and never running away when things got rough.

The character of Leia Organa showed that you didn’t have to be a  man to truly be a hero. She showed us a woman who was strong, smart, brave, intelligent, compassionate, wise, and enduring. She could wield a blaster and political office with total ease.

So it’s not about that fantastic hair or the fact that she can fire a blaster.  It’s not even about how bright she was to hand over the Death Star plans to a cute little droid before things got out of hand. It’s about creative thinking and keeping it together. It’s about being a leader.

Then we see her as General Organa in the new verstion of Star Wards. A completely deifferent take showing the failure of not only her but also all remeaining legacy characters from the original trilogy.

At the end of Return of the Jedi the Rebels win. At the beginning of Force Awakens the First Order has risen from the fallen Galactic Empire and seeks to end the New Repuplic. The Resistance, backed by the Republic and led by General Leia Organa, opposes the First Order. How did the First Order gain power? What happened to the Resistance and the leadership of Leia?

General Organa failed to maintain order and is far from the role model she was. And while the honorary mentions are nice, it’s far less than what General Organa deserves. The new stories shows her as a failure.

Princess Leia would have never become the icon that she is today without the input of Carrie Fisher. There are still girls and women dressing up as Princess Leia during conventions and halloween. Carrie Fisher brought her own strength into the role of Leia Organa. She was just as much of a fighter as Leia, battling her own demons throughout her life while doing good for others. She will be missed. Leia Organa will be remembered as one of the best female role models of all time.

Do you agree? Have you seen her journey? What did Princess Leia or General Organa mean to you? Feel free to leave your comments. I would love to hear from you.

10 thoughts on “The Importance of General Organa: leader of the resistance”