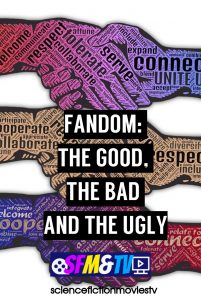 Fandom is a word that has become both a blessing and a curse. We all have been part of fandom at one time in our lives. A fandom is a group of people who share a common admiration and support for something or someone like a celebrity, artist, fictional characters, movies, TV shows, etc.

The Good: A Support System 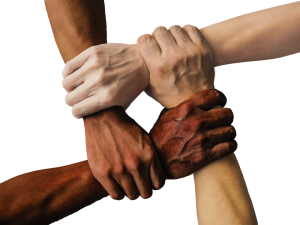 It is great when a group of people with different backgrounds come together to share a common interest that could have a positive outcome. For example raising funds for the less privileged, helping the community, etc. Events like Comic-Con offer the platform for comic fans, movie fans, and TV show fans of all ages to come together and share their love for their fandom. As fans, the dream is to one day meeting your idol. We all can relate to that. Right? As a group, fans have a higher chance to reach their idols and show them their support. Fan support is valuable especially for projects or concepts that are considered unconventional within the current system.

In the case of celebrities and artists more than often we, the fans, confuse the celebrity endorsement as a reflection of whom they are as a person. Unfortunately, societies around the world are is structured in such a way that showing your true self to the world is not sexy. Therefore artists are often confronted with the decision to change their image, their beliefs,  and their art in order to comply with the standard. This often leads to self-loathing and depression both of which we have seen a lot already. People believe what they see, someone who is perfect living the good life. However, we are also seeing a small change in this pattern. A portion of people are willing to support and defend those artists who show their true self but it still remains a struggle to fight against the system.

Opinions are formed and people decide to either support or not support. Those who support do this based on what is being projected and are willing to go to the extremes to show their support. When something is shown that doesn’t align with the established projection all hell breaks loose. The anti-fans have a field day and the fandom shows its displeasure. This standard is so strongly embedded in society that when a celebrity or artists try to show a different side, he or she is either trolled or bashed. It’s really hard for those who have completely changed themselves in order to become relevant and successful. Those who don’t also face difficulties but I am only guessing that they are able to sleep better at night.

Fandoms have become gold for the entertainment industry. And the industry makes sure fandoms are engaged with their properties but also take advantage of those groups. Fan groups are able to be present at the appearances of their idols. What if there are other idols also present who don’t follow the standard. What happens then? What if I tell you that there will be booing and disrespectful comments & questions. Would you be surprised? This is the result of believing that being perfect is the norm and that any other form is unacceptable: not being able to tolerate change.

The Ugly: The Influence on Society…

In order for someone to be relevant, the image projected should be perfect. For both men and women, there are specific body types that the industry wants to see, the Barbie and Ken syndrome. For projects in the entertainment industry, as long as there they are over-sexualization (on both men and women), power-, alcohol-, and drug abuse shown, it will be more attractive to obtain financing. The influence of this on society is shown on body image issues, sexuality issues, and health issues. Unfortunately, there are several generations that have grown up with these influences and will pass on what they learned to future generations.

The amount of disrespect against their own fandom and other fandoms mainly because social media gave a free pass to haters to share their hate and that hate is contagious. The result is a destructive mass attack on a person or a project. People criticized choices within their own fandom without having the complete information. We don’t really think about the consequences but what do you think would be going through the person’s mind at that moment when they are being attacked?

If You want Change: Take Action

Talented creators are afraid to take well-known properties. You see people complaining that the stories are the same, but when there is a new proposal you quickly see it shut down because it’s different. People complain about creators but when they try something different you don’t see the support and that support is needed to continue bringing different kinds of stories. Being attached to a property so much that you become blind, not seeing different horizons that could have the potential of becoming beautiful and great. 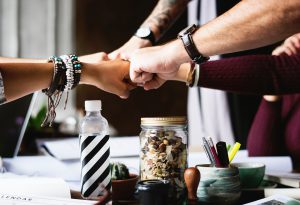 Fortunately, there are more platforms like Netflix created to help creators work on the projects they want and don’t face the restrictions they would find if they would work for a major production studio. The great thing about this platform is that they are available for a greater audience, reaching more parts of the world and they provide diverse programming to see from parts of the world that would be otherwise expensive to pay with cable.

Viewers have now the opportunity to directly see the product and provide their review, which in most cases is very different from the official critics’ views. Projects that can be viewed from all over the world so having the ability to be open-minded and respectful is important. You can only be open-minded when you are willing to learn from others. In this era of fake news, just reading an article online is not sufficient. There is a high chance they are fabricated. Performing proper research like going to the library, reading books, and papers and performing an analysis to evaluate the information obtained.

Fandoms are even more easily created with platforms such as Netflix. Having the ability to admire someone or something can be beautiful. Why turn it into an ugly thing?  People from different backgrounds and ethnicities have the obligation to coexist. They are able to coexist based on mutual respect. Why not apply the same principle to Fandoms?

2 thoughts on “Fandom: The Good, The Bad and The Ugly”