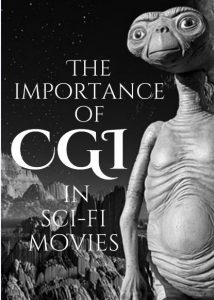 Will the use of CGI in sci-fi movies increase even more in the coming years?

Special effects in science fiction are a requirement and therefore important but they are sometimes overused.

The quality of CGI has changed over the years and has become an important factor for the production of many sci-fi films.

E.T., Star Wars, Terminator, Alien, the Matrix  and Jurassic Park are a few of older classic Sci Fi films that made use of CGI software in the past. More recent films like the Rise of the Planet of the apes, Avatar, Avengers, Interstellar & Inception have shown a better use of CGI. 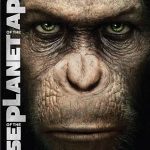 The most impressive use of CGI to me is the planet of the apes franchise. Using CGI is not guaranteed success, the story being told has to be good and the audience should connect with the story ( one example I can think of is Independence day: Resurgence).

Availability of CGI software and increased computer speeds have allowed individual artists and small companies to produce professional-grade films, games, and fine art from their home computers.  Examples of these are the short sci-fi films created of the Power Rangers,  Dragon Ball Z: The Fall of Men & Dragon Ball Z: Light of Hope. As time goes on I’m sure we will be seeing more.

In 2017 I look most forward to the following CGI films to watch:  Guardians of the Galaxy Vol. 2, Thor: Ragnarok, Star Wars: Episode VIII, War for the planet of the apes,  King Kong: skull island, Resident Evil: The Final Chapter,  the Lego Batman movie, the Great Wall, Beauty and the Beast, Power Rangers, Ghost in the shell, Jumanji  and the Mummy.

It’s an attractive product that is constantly in development. There are  films created only with CGI technology which gained profitable results from the box office. As long as CGI keeps improving its influence on the sci-fi genre will continue to grow.

Do you agree? Feel free to leave your comments.