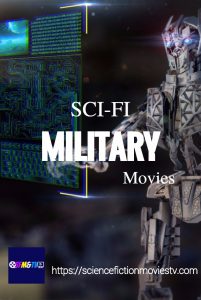 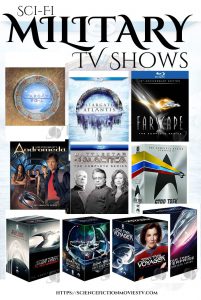 Military science fiction stories have been around for many years if you haven’t’ noticed. Just think about Star Trek, Star Wars and Dune. Here are recommendations worth watching:

The Movie begins with a Rebel ship being boarded by the tyrannical Darth Vader. The plot then follows the life of a simple farm boy, Luke Skywalker, as he and his newly met allies (Han Solo, Chewbacca, Obi-Wan Kenobi, C-3PO, R2-D2) attempt to rescue a Rebel leader, Princess Leia, from the clutches of the Empire. The conclusion culminates as the Rebels, including Skywalker and flying ace Wedge Antilles make an attack on the Empire’s most powerful and ominous weapon, the Death Star.

In this stirring sequel to Star Wars (1977), the forces of the Rebel Alliance are under constant attack from the Galactic Empire as Luke travels to the planet Dagobah to learn the secrets of the Force from the last great Jedi Master, Yoda. Han and Leia must evade the forces of the Empire while Luke draws ever closer to Darth Vader and his destiny.

Luke Skywalker embarks on a mission to find out if arch-villain Darth Vader is really his long-lost father, as Vader claimed in the cliff-hanger ending of “The Empire Strikes Back.” Along for the ride are Princess Leia, Han Solo and other familiar faces from the first two movies. Jabba the Hut and the furry, adorable Ewoks are just some of the bizarre new creatures they encounter in this third action-packed, special effects-filled installment of the phenomenally popular “Star Wars” series. 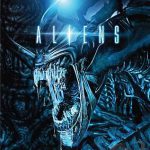 Ripley (Sigourney Weaver), the sole survivor from the original ALIEN, is awakened after 57 years of drifting through space, her stories disbelieved by Company executives who tell her that the alien’s planet is now inhabited and colonized. 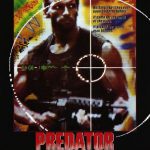 Sent to eliminate a gun-running camp in Central America, United States Major Dutch Schaeffer (Arnold Schwarzenegger) and his commandos get more than they bargained for when they cross paths with a mysterious assassin. As members of their unit begin to disappear, Dutch, Dillon (Carl Weathers), and Blain (Jesse Ventura) conclude that whatever is hunting them is not of this earth. Every attempt at a tactical defense is a defeat for Dutch and company and it is only in the last stretch of their race to safety that their suspicions are confirmed and they encounter the alien nimrod face to face.  Click here for a review about this movie. 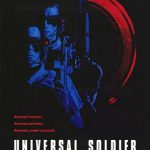 Thanks to the wonders of genetic engineering, a group of soldiers killed during the Vietnam War are resurrected by the Defense Department 23 years later and turned into a team of indestructible, anti-terrorist fighting machines. But things begin to go haywire when two of the soldiers, Luc and Scott, regain their memory. Realizing that he is a pawn in an unsavory government conspiracy, Luc defects from the unit, while Scott, a shell-shocked nutcase, remembers that he has a grudge against Luc left over from their ‘Nam days and goes after him with a vengeance. Click here for a review about this movie. 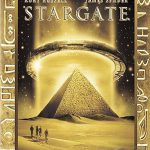 A timid, glasses-wearing Egyptologist (James Spader) uncovers an ancient portal to another planet and is dispatched there forthwith along with blundering, clod footed government troops (led by Kurt Russell). The downtrodden populace they encounter, ruled by godlike, androgynous King Ra (Jaye Davidson), must be led to literacy and freedom; Ra must be defeated; and our boys must return to Earth. 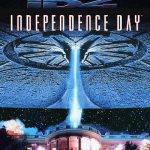 When mountain-sized flying saucers open fire on the world’s cities, a ragtag band of colorful characters sets out to bring the alien critters to their knees. Borrowing liberally from science fiction classics like War of the Worlds (1953) and The day the earth stood still (1951) and a host of disaster movies from Towering Inferno (1974) to Meteor (1979), it maintains a mindless mission to entertain with dazzling special effects and unabashed feel-good charm. 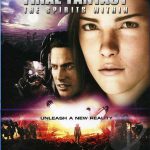 Final Fantasy: The Spirits Within (2001)

In the year 2065, Earth has been taken over by a race of alien phantoms and transformed into a barren wasteland sprinkled with dome-enclosed barrier cities–the last remaining bastions of human civilization. Dr. Aki Ross (voiced by actress Ming-Na) has teamed up with Captain Gray Edwards (Alec Baldwin) to search for the “eighth spirit,” a powerful entity dwelling in an unknown life form somewhere on the planet. It holds the key to perfecting a system of energy waves that will neutralize the phantoms. Ross’s opponent is the reckless General Hein (James Woods), who is determined to put a stop to the alien invasion by firing a satellite cannon directly into a nest of phantoms located deep within the Earth, even though this could mean obliterating the planet itself and all life upon it. 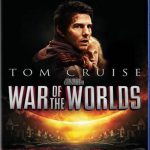 Disgruntled, divorced father Ray Ferrier (Tom Cruise) is struggling to connect with his estranged kids, who have been dropped off by their mother for the weekend, when a severe and unusual lightning storm leaves his New Jersey neighborhood powerless. Over the course of the next few hours, it becomes obvious that this was not a storm at all, but rather the first sign of a worldwide alien attack. Emerging from the ground in multi-legged tripod-like machines that have apparently been stored beneath the earth’s surface since before man’s time, these aliens begin the process of waging a long-planned war on our planet. While the movie follows Ray’s growing closeness with his two children (Dakota Fanning and Justin Chatwin) in the face of imminent disaster, and his transformation from lousy father to hero, their story is used mostly as a vehicle for illustrating an unending series of horrific scenarios. 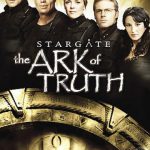 Written and directed by Robert C. Cooper, this direct-to-video release concludes the Stargate SG-1’s Ori story. This release takes the place of the series’ anticipated but cancelled 11th season, and is set chronologically before Stargate Atlantis ‘ 4th season. In this release, SG-1 tries to reclaim the Ark of Truth, which has the power to control people, and therefore, lead to total destruction. 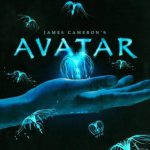 As an avatar (a human mind housed in an alien body), an ex-Marine finds his inner conflict competes with the far-flung war he must fight. 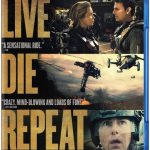 An officer finds himself caught in a time loop in a war with an alien race. His skills increase as he faces the same brutal combat scenarios, and his union with a Special Forces warrior gets him closer and closer to defeating the enemy. 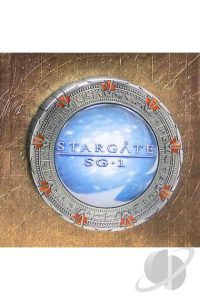 The fantasy action and adventure that began with the Roland Emmerich movie Stargate (1994) continues in the thrilling syndicated television series. 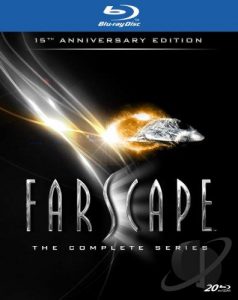 Step aboard the Moya and join intrepid astronaut John Crichton on his adventures through a far-away galaxy in this collection featuring all 88 episodes of Farscape plus 15 hours of bonus material including featurettes, deleted scenes, and 35 audio commentaries. 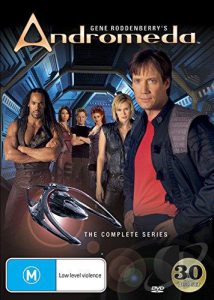 The series is set thousands of years in the future in a distant star system called Tarn-Vedra. Humankind is a part of The Commonwealth. The Commonwealth spreads across three galaxies: the The Milky Way, Triangulum, and Andromeda, with Tarn-Vedra near its core. Ships travel from one end of the Commonwealth to the other through slipstreams, following roller coaster-like pathways through the cosmos to and from their destination. Andromeda – Complete Series was released Nov 11, 2016 by the Imports studio. 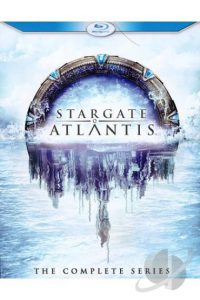 All five seasons are included as well as some special features here and there with behind the scenes and audio commentary for each episode. Each disc has an overlay so you can quickly and easily access everything from within the episode itself. 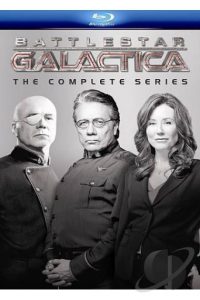 Even though creator Ron Moore worked on multiple Star Trek series, sci-fi fans expecting the millennial re-imagining of Battlestar Galactica to have a similarly sunny outlook on the future didn’t know what they were in for. There’s no Federation here; in fact, humans are alone, and after a genocidal attack by robots called Cylons, there aren’t even that many of them left. The expectations of the original series’ fans were also subverted by a key casting change: the rogue pilot Starbuck, originally played by Dirk Benedict, would now be a woman (Katee Sackhoff), but she would lose none of her predecessor’s bravado.  As the human survivors try to battle the Cylons, who are led by the sexy Six (former model Tricia Helfer), they are also in search of Earth, which may or not be a myth. Though the story of robots rebelling against their human creators has been told before, it rarely has as much grit, grime, and grace as it does with Battlestar Galactica . This collection includes every episode from the entire epic series.