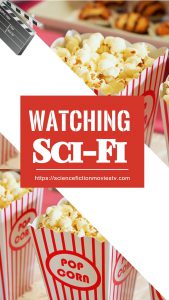 Is watching science fiction a great idea? Of course it is. But the question still remains: what do you watch?

But today, the genre has evolved into different categories. The combination of these subcategories gives rise to many possibilities and also provides an opportunity for an audience to watch movies in different angles. Today, science fiction is more than monsters and space battles.

Let’s see in how many sub-genres we have:

These subcategories are often mixed with other TV genres to produce awesome pieces. One notable example is Logan (2017). The film has science fiction combined with superhero, action adventure, western, drama, social and fantasy.

There are more films that you wouldn’t expect to be as good or that they even fall in the Sci-Fi category which is great. It shows that the genre has evolved and that there is something for everyone.