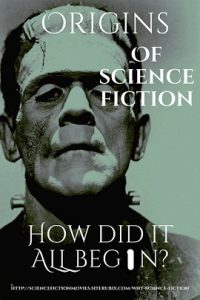 The genre known as Fantasy existed for many centuries and has stories of gods and monsters. Stories of Zeus, Hercules, Andromeda, and Poseidon were very popular in the Greek mythology.

The stories of Arabian nights, Ancient Mythology (Beowulf), stories about the man on the moon and underground travels were also very popular. The fantasy elements could be easily recognized.

Science fiction (sci-fi) on the other hand existed long before there was a term to describe it. According to James Gunn science fiction couldn’t exist until change created by science, technology , or natural events became apparent within the people’s lifetime. And that’s why according to him our current era is science fictional, because change is occurring constantly, and we have to adjust to the change or will be adjusted by it in the process. 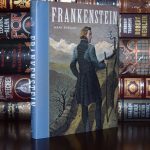 The terms science fiction didn’t exist until the mid 19th century.  After the publication of Frankenstein by Mary Shelley (1818) many consider that this story gives true meaning to the term. It introduced the use of technology for the creation of unimaginable things for that time.

Later in 1826 the author published a short story “Roger Dodsworth: The Reanimated Englishman” about a man frozen in ice that was revived in the present day introducing the now known science fiction theme of cryonics. An example in recent times that used and recreated this concept: this captain America the first avenger.

Later in that same year (1826) the author published “the Last Man”. The book tells the story of a future world that has been ravaged by a plague (again a concept that was revived and recreated many times in recent years). 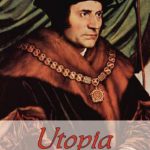 Utopia by Thomas More (1516) was published during the age of enlightenment. An Era which considered ideas based on reason as a primary source of authority resulting in progressive ideals such as liberty, tolerance, separation of church and states and the wake of scientific discoveries. 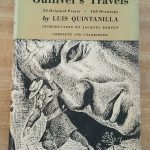 Gulliver’s Travels by Jonathan Swift (1726) was published during the age of reason when there was a high rate of interest in scientific discovery.  This influenced authors for the creation of speculative fiction, which anticipated what is known in more recent science fiction.  Many of the authors’ work were based on travels, travels to the moon or space travel.

.According to K. Wilson (2010) the term science fiction was considered as a term for creation & innovation. Science Fiction presented the elements of science within a story of a different reality for audiences to enjoy.

In the current age science and technology are responsible for the changes in our daily live. The notion that change is occurring constantly has never been so strong. And indeed we have to adjust to the changes or we will be adjusted by them. Just think about how our lives has changes because of social media and you’ll get the idea.

What do you think of the origins of science fiction? Feel free to leave your comments. I would love to hear from you.