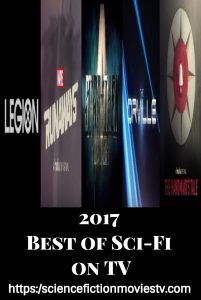 Based on the Marvel Comics characters David Haller/Legion and connected to the X-Men film series, the show is about the mutant son of Charles Xavier, Haller was diagnosed with schizophrenia at a young age and admitted in a psychiatric hospital. There he meets a fellow psychiatric patient and comes to the realization that he may have more than just a mental illness.

Even though it is related to the X-Men universe it is not a traditional superhero TV show. It is intelligent, character-driven, and visually pleasing. The show was well received by critics and the audience like it, since TV ratings were sufficient to get a second season in February 2018.

Set a decade before the vents of the original Star Trek series, the show explores the Federation-Klingon was while following the crew of the USS Discovery. The show has the cinematography style of the J.J. Abrams films and whole new concepts like the image of the klingons and a new way of storytelling. The series was created for CBS All Access, a subscription streaming video on demand service, which led to record subscriptions. The show was well received by critics. Some viewers liked it. Other viewers didn’t like it as much mainly because of the differences in this new series.

Objectively speaking judging it as a TV show, it has a good storyline so far and the performances are good. You may find it interesting if it’s the first Star Trek series you have ever watched. In this case, since it is based prior to the original series timeline you can watch the rest of the Star Trek series in chronological order.

Six teenagers from different backgrounds discover that their parents are part of The Pride, a criminal organization that controls the Los Angeles Area. They unite against their parents. Just to give you an idea of what they will face. The pride has mafia members, time travelers, telepathic mutants, alien invaders, mad scientist and dark wizards.

The series is based on the Marvel Comics superhero team of the same name. it is part of the Marvel Cinematic Universe sharing continuity with the films and the other TV series. The show was well received by critics and will probably continue to the second season. The premise of the show is interesting and tackles already many issues and topics in a mature way.

It shows the ugly and true faces and shies away from the openhearted always positive style of other teenage teams like for example Power Rangers. Each teenager has its own issues and will probably learn how to deal with it and as viewers we will see them grow into adults (at least that is what I am expecting).

If you love Star Trek old series you will like The Orville. A recently appointed captain, played by Seth McFarlane, who is in charge of the USS Orville and its crew, goes on a mission of exploration into the galaxy. His first officer is his ex-wife. Among the crew are alien species we’ve never seen before.

The show is loyal to the science fiction style of the 90s which was thoughtful, aspirational and inspirational. There is comedy but that is not the main ingredient. There is a lot of drama going on, as the show tackles some serious social topics in the episodic stories like the social media addiction and gender acceptance.

It was not well received by critics probably because they were literally expecting a family guy type show (just because it’s Seth McFarlane). If you look into most of their comments around the time it was announced that is going to be aired, most of them have the same kind of comment (another Family Guy or Galaxy Quest). Even though Seth had clearly stated in multiple interviews during the promotion of the show that it was not a comedy show like Family Guy. The show has comedic elements in it but has more layers to it. I guess we only listen when it’s convenient?

The show will make you laugh for the most part but it will also give you teared eyes (especially the episode about gender acceptance). With only a few episodes aired the show tackled social issues that we usually avoid and brought them forward in a brilliant way. The show has become a solid show with its own flavor, rather than a copy of Star Trek. Hope to see the second season this year.

Fertility rates dropped down as a result of sexually transmitted diseases and environmental pollution. In the mids of all these problems, o totalitarian Christian government comes to power after a civil war. As a result, the society is reorganized into new social classes in which women are not allowed to walk, own property, handle money or read. The few remaining women called “Handmaids”  are assigned to the homes of the elite where they will be subjected to ritualized rape by their male masters in order to become pregnant and bear children for those men and their wives.

The show explores themes of women struggle with misogyny and the fall of women rights. The show gives us a view of the dark side. And gives us the opportunity to think about what failed in the story of the show and how we can avoid it in real life like giving importance and support the practice of save sex and focus on new methods to prevent pollution. The TV show is based on a novel of the same name by Margaret Atwood and was well received by critics and it was watched by the audience. The second season will air in April 2018.

2017 has been an interesting year with great new shows that dared to address interesting topics in their first season. I hope you enjoyed them as much as I did. Which 2017 new Sci-Fi new TV show exceeded your expectations? Which new Sci-Fi TV show did you enjoy the most? Feel free to leave your comments. I would love to hear from you. 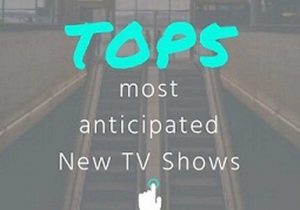 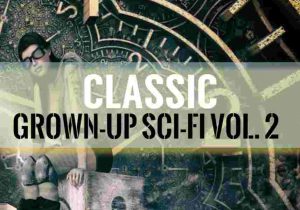 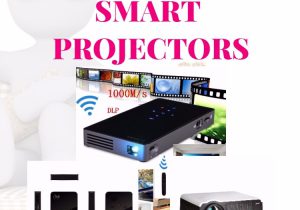 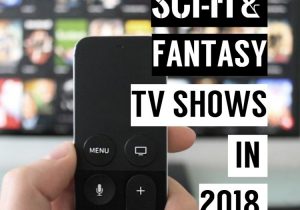 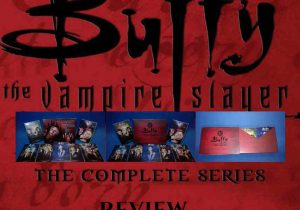 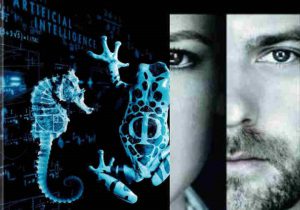